His book Doubt and Certainty in Science: A Biologist’s Reflections on the Brain is based his lectures of the same name delivered in the Reith Lectures on the BBC in 1950.

“one of the most influential biologists of the 20th century … He had a huge presence, imposing stature and enormous energy and enthusiasm for his research and for the imaginative understanding and interpretation of the nervous system and brain function.”

Most of his scientific research was on the nervous system. He discovered the squid giant axon and the corresponding squid giant synapse. His work in the 1930s on signal transmission in, and the fibre structure of, nerves inspired the work of Sir Andrew Huxley and Sir Alan Hodgkin for which they received a Nobel prize.

Many people believe that he should have had a Nobel prize for his work on the giant fibres of squids, a 1930 discovery that formed the basis for our present understanding of how nerves work.

However other honours came his way. He was a very young FRS, a Reith lecturer for the BBC (Doubt and certainty on Science, in 1950), an honourary Fellow of the British Academy, an honourary Sc.D from Oxford, and, perhaps the award he valued most, an honourary citizen of the City of Naples.

Young went to school at Marlborough College, an independent school in Wiltshire, England.

In 1928, he received a first-class honours degree in zoology from Magdalen College, Oxford.

He was elected a Fellow of the Royal Society in 1945 and served as Professor of Anatomy at University College London from then until 1974. The following year, he became a Professor Emeritus and proposed a degree programme in the Human Sciences.

Among his honors are a Linnean Medal for zoology from the Linnean Society of London, awarded in 1973, and honorary citizenship of the city of Naples, Italy, granted in 1991. He was awarded an Honorary Degree (Doctor of Science) by the University of Bath in 1974.

Connect with Beyond Motivation:
Spread the love
Copyright © 1981 to 2022 by Richard E. Ward. All rights reserved. 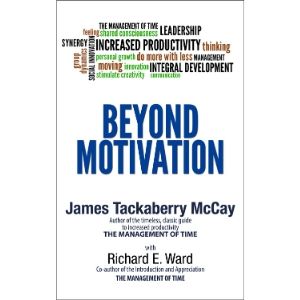